Applications, Awards, and Answers for All Things FAFSA 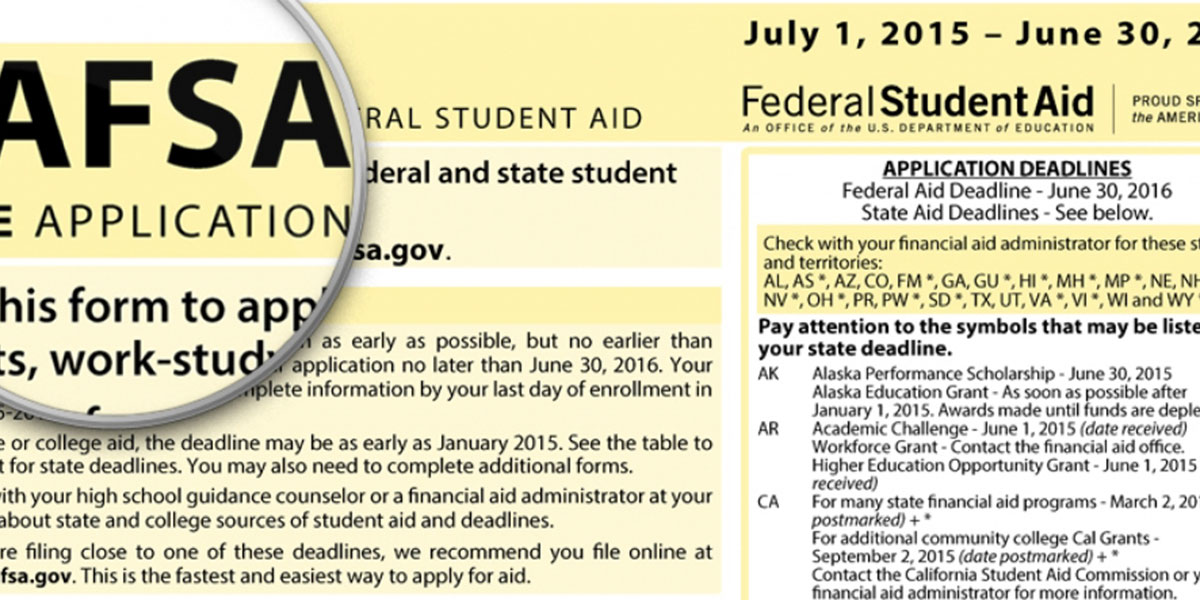 New FAFSA rules for the 2017-2018 school year have left many confused about what the changes mean for their application deadlines and award statuses. It’s common for the financial aid process to seem overwhelming and esoteric, but fear not, the new rules actually simplify the entire system.

Firstly, and most importantly, the FAFSA application opened up three months earlier this year, in October 2016, rather than on January 1st, 2017. This means families can submit their students’ applications earlier than in previous years. Secondly, a new rule called “prior-prior year” enables the use of an earlier year’s tax information, allowing everyone to submit their form promptly. Before these modifications were enacted, some students found themselves unable to input their family’s tax information into the FAFSA until late spring. The bottom line on the new FAFSA is this: it is possible to finish your FAFSA quicker and more simply.

You can send your FAFSA in as late as June, 30th, 2017, but do not! Make sure to get your application in as early as possible. Some states award aid based on a first-come, first-serve policy, meaning the longer you wait to turn in your form, the less aid you’ll be considered for.  Michigan was recently listed as one of the 17 states where it benefits you most to submit your FAFSA early. Check out the other 16 states here to determine how soon you need to get your form in.

Despite the earlier deadlines and simplified process, students will not necessarily receive their financial aid award letters earlier. Some colleges, such as Western Michigan University start distributing awards as early as December 2016, but at others, such as the University of Michigan, you may not see your award letter until April 2017. Universities use your application and your FAFSA to compare you to other accepted students, and are entirely responsible for determining your award based on this information. Certain schools will also require an additional form to get a better sense of your sense of your financial background and ability to pay. Every university is different, so organization is key.

Students currently enrolled at universities may now need to reapply for aid earlier. Again, the deadlines are determined differently by universities, so be vigilant. At DePaul University, the priority deadline for returning students’ FAFSA filing was November 15th, 2016, but at other schools, you can file as late as June. Whether you’re a college applicant or continuing student, make sure to check with your college counselor for deadlines, or call the universities’ financial aid offices to hear their timelines for FAFSA applications and awards.

FAFSA season may not be easy to navigate, but it can be made far less difficult by coordinating with your college counselor and planning ahead. At Parros College Planning, completion of the FAFSA is top priority. Part of our package is focused on completing the forms for you, and early, to give students the best chance at the most aid. So why wait? Let us start your FAFSA now, we are here to help!

Find additional resources at the U.S. Department of Education, Office of Federal Student Aid or with us at Parros College Planning.