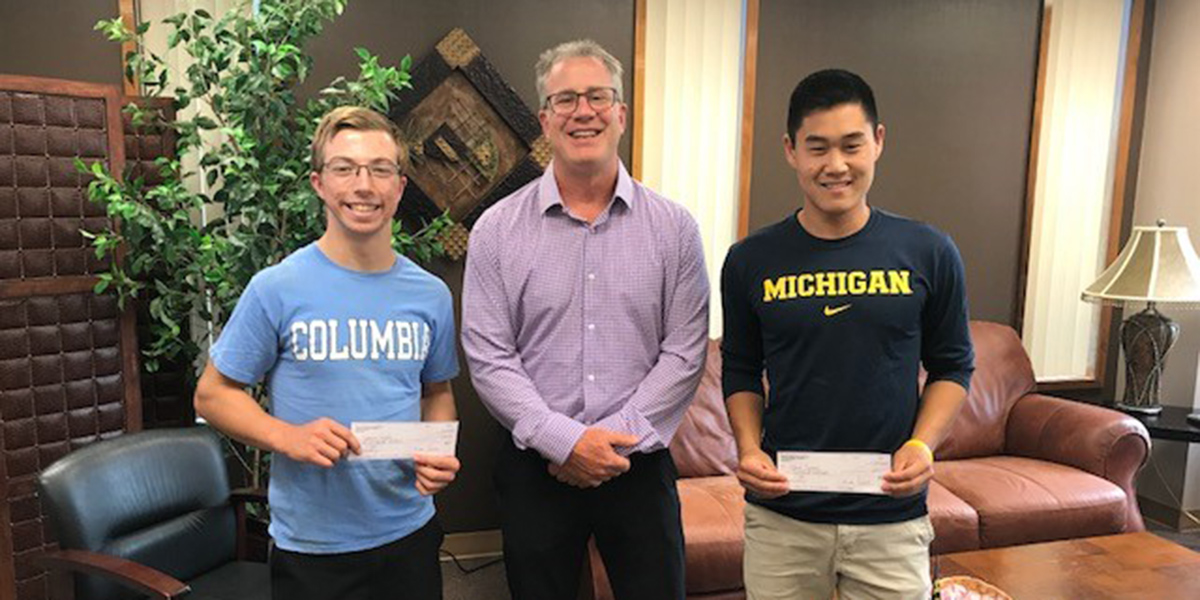 Ann Arbor, MI, July 17, 2017- Alex Snow, son of Kris Snow of Dexter, and Spencer Good, son of Paul and Carrie Good of Grass Lake, have been awarded scholarships from Parros College Planning as they approach their freshman year of college. To be eligible for the scholarship, the students created a YouTube video showcasing the help they had received during the college admissions process with Parros College Planning. Students were encouraged to be creative in showing how they ultimately came to be accepted to their college of choice. In their cases, these schools happened to be the University of Michigan for Alex, and Columbia University in the City of New York for Spencer.

In high school, Alex was a percussionist in the marching band and played basketball all four years. In addition, Alex took a strong interest in philanthropy, doing volunteer work for the Cancer Support Community of Greater Ann Arbor and for the YMCA Livestrong program. He even took this step a step further, starting his own lawn mowing business and donating 10% of his profits to the Cancer Support Community. In the fall, Alex will be studying at the College of Engineering within U of M, but he would be open to transferring schools within the university should he decide to pursue another interest, such as his passion for producing music.

Spencer will also be pursuing an interest in engineering at Columbia, with a particular focus on civil engineering. In high school, Spencer was the captain of the wrestling team, which he led to district title victory in 2014 and 2016, and his own personal victory of state champion in 2016. He was also in Model UN, Boy Scouts of America, National Honors Society, and Student Council while running for the cross country team. Spencer also did a significant amount of volunteer work, completing over 80 hours of service for the American Youth Soccer Organization, Boy Scouts, and the Junior Wrestling Program at Lumen Christi.

Congratulations to these two on a job well done in high school, our contest, and admittance into these prestigious universities!

Check out their winning videos here:

Parros College Planning is an independent education consulting group in Ann Arbor with a focus on getting students into the college of their dreams at the most affordable price possible. By crafting specialized college plans for each of our students, we excel in earning acceptances from the top universities from New York to California.