Starting Your College Experience as a Future Creative 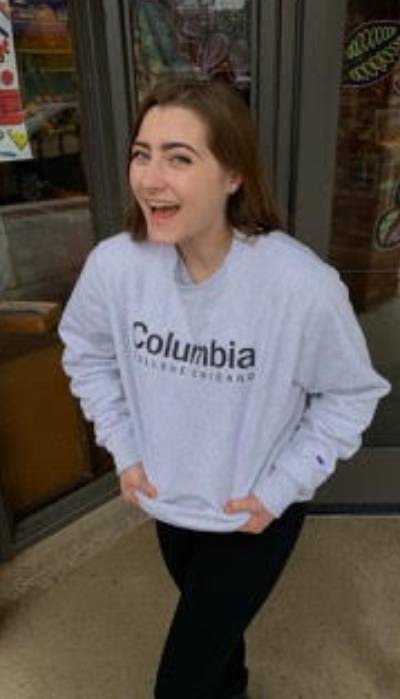 Here at Parros College Planning, we specialize in helping future creatives find their path as they prepare for college. Emma H. is one such individual who is carving her way towards her future in post-production film work. As she approaches her junior year at Columbia College Chicago, Emma has taken the time to speak with us about applying for colleges, her experiences since starting college, and how she has grown as both a student and an artist.

Despite having a “slightly rocky first year,” Emma has settled in quite nicely at Columbia. Like many students around her, she found herself having to adjust to her college lifestyle due to COVID-19, eventually opting for virtual learning her first two semesters. However, this setback hasn’t stopped Emma as she excitedly awaits her return to campus following her sophomore year. During this time, she was accepted into the Post Production BFA program and established an impressive 4.0 GPA.

Emma has also maintained an active engagement with the Editors Guild of Columbia, an organization focused on providing students with networking and learning opportunities in post-production work. Initially, she was just a general member, but since joining during her freshman year, she’s worked her way up to becoming an event planner: “It helped to have a space to both bond with students, hear from guest speakers, critique work, and tour post-houses so I could feel more secure in my professional development,” Emma stated. She is excited to continue her work with the organization as its president this upcoming year.

As many students seek to pursue a career in creative fields, they may be wondering how to choose a college that reflects their vision. When we asked Emma for advice, she stated, “Look at what your colleges and their applications prioritize and see if that aligns with your passions.” Before attending Columbia College Chicago, she initially considered seven other schools, including Emerson, University of Michigan, and New York University. Upon reflecting in her college applications about post-production as a topic that she finds so captivating she loses track of time, she decided that Columbia was the place for her: “Columbia checked a lot of boxes for my family and I: It was urban, close to home, very creative, diverse student body, financially feasible with scholarships, and more.” Furthermore, she discussed how the college’s resources and student center have allowed her to flourish creatively and academically.

When asked how Parros College Planning helped her application process, she stated, “Without sounding cliché, Parros helped me find my voice. Not only was I able to express my love for post-production, but also the countless hours I invested in clubs and internships were given justice on my applications.”

As we all move forward, we are excited to see the future success of Emma and students like her. If you have any questions or want to discuss your situation regarding current college admissions, please reach out to us for a complimentary consultation!